Gold Site Supporter
Thank you . Oh yes, sure do have much to do still. We have over 120 registered mama cows that are bred to calve this Fall. Then we have about 30 registered replacement heifers . add to that about 60 commercial cows . We tend to keep about 200 bred cows/heifers year round and will be growing out about 50 registered bull calves to sell every April. The 50 or so we are weaning now will be sold in April when they are 1 and a 1/2 years old.
We have a lot of grass thankfully. But we still have to feed some of the bunches so the weaned calves will not be stunted . Give shots and vaccines hang backrubbers , fix fences, clean up storm debris, always something.... but if I ever won the lottery. (ha) I'd cut back and do more fun stuff. -- maybe but I like working on the family farm and being a part of it. - so no.... would keep on keeping on but maybe would take a weekend off more often.
I am going to make a fast trip to work on the homeplace tomorrow . Will be gone a couple of days . I haven't had a chance to go over in many weeks so everything is grown up. I want to keep it but.... thinking more and more about selling it (sadly) . collie

Staff member
Gold Site Supporter
Wow. You sure do have plenty to keep you busy. So impressive.

bordercollie said:
We sold our commercial calves yesterday. Even though we had an all night rain the night before, the big truck did fine . The high price of beef is going in the packers pockets I guess because it sure isn't ours. Nice , fat heifers and steers avg 1.39 and 650 -750 lbs. We will grow out our registered bulls as seed stock and sell them at 1 1/2 years and use some of our registered heifers as replacements for old cows.
Click to expand... 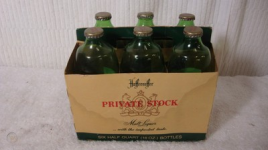 Because we never grew up on a farm, we used to call these "Heifers".
O

Site Supporter
I helped out a neighbor who had to unload a few items to generate some short term cash flow, including a compressor. As it goes sometimes, the compressor doesn't work real well. Its target pressure is 125psi and it makes it to 80psi and while the motor runs, it won't generate more pressure. I took it apart and it looks like one side of the valve plate is cracked and the cylinder is very scored. The piston itself is OK but the ring is badly pitted. I have replacements for the cylinder, piston, rings and valve plate as well as a new plug for the bottom. The drain plug was replaced by a 1/4 bolt some time ago. Will probably have to repair the threads too. Hopefully this will do the trick. He told me he had a Wilton bullet vise that needed some work. I was pretty excited until he dropped it off. Its an old Wilton but is a Scout model with busted jaws and a bent screw shaft. Hardly worth fixing. I would have just given the guy the money to help...he has been a big help to our neighbors around here - especially the older ones. But I had to smile as I am not usually taken advantage of. Have a productive week everyone.

Staff member
Gold Site Supporter
dang it that happens. I'm guessing you checked to make sure the pressure switch was not shutting it down at 80psi. Good for you helping the guy out when he was in need.

Good diesel forums: Are there any left? 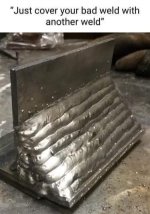 The spark arrester on my RTV900‘s muffler has finally “rotted out.” A Kubota OEM muffler is absurdly expensive … I’m looking for a solution that is reasonably priced, effective, and not absurdly difficult.

Reminds me of that classic line from the movie Butch Cassidy and the Sundance Kid: 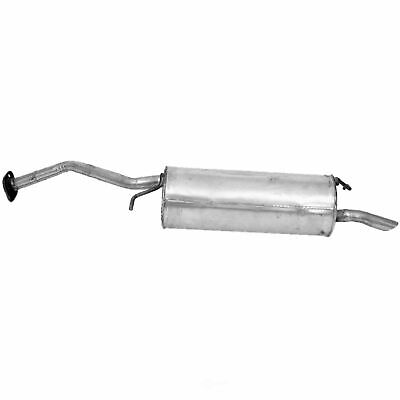 What year model do you have? Rotted out??

SUPER Site Supporter
Take it to any custom muffler shop.

Sometimes working on muffler's can be aggravating in that case one needs to be prepared like me........ 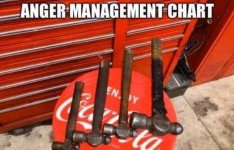 Gold Site Supporter
I was just asking , because I still have the muffler off of my 2011 RTV 900xt - the tailpipe broke out of the vertical end and was replaced under warranty back then when almost new. Could be migged probably ,providing I had both pieces- think so. Shipping would probably be prohibitive anyways.

Site Supporter
Diggerland in West Berlin, NJ. Now common folk can experience the awesomeness of Kubota RTV's and tractors! And many other machines!

Any of you guys been there? Or live near there? Kinda wish my son was little again.

Bota Fett said:
Diggerland in West Berlin, NJ. Now common folk can experience the awesomeness of Kubota RTV's and tractors! And many other machines!

Any of you guys been there? Or live near there? Kinda wish my son was little again.
Click to expand...